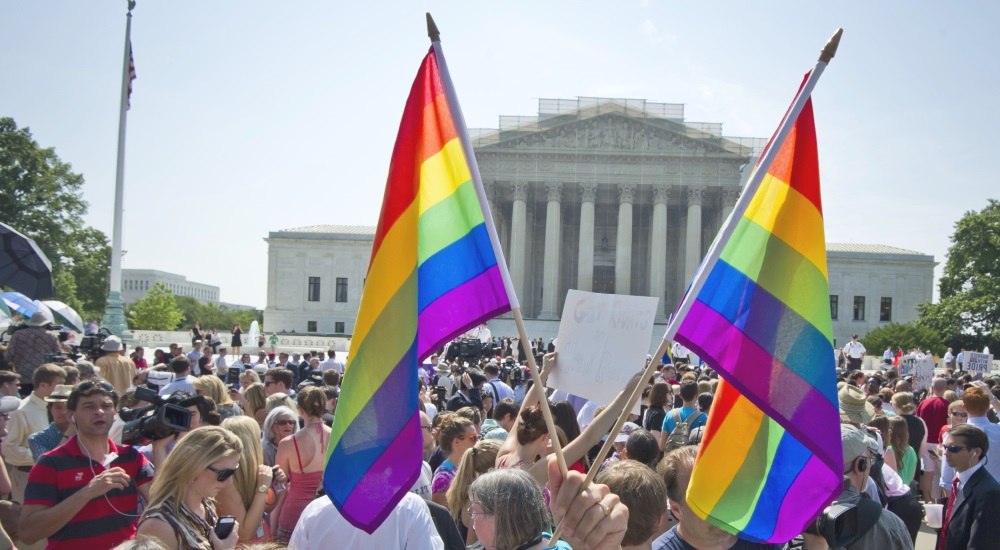 On June 26, 2015, the United States of America gave same-sex couples the legal right to marry in all fifty states.

Obergefell V. Hodges was a huge turning point in the legalization of gay marriage.

It would not have been possible without the case.

How has this ruling altered the way that America has been functioning to date?

Same sex couples have the right to unite their love under God, their friends and family.

A right that to most, was never something that they had to question if they were going to have.

To most, it is just a piece of paper, but to some; it is a step, a milestone on the way to freedom and being a real usa citizen.

Same-sex couples are finally allowed to put one another on insurance policies.

They are also now able to go visit their partner in the hospital when they are sick and not be refused, due to the partner not being their ‘spouse’.

Some states are even allowing the couples a better chance to adopt children, by changing the paperwork information from ‘Mother/Father’ to ‘Parent’.

Same-sex couples are now allowed to file their tax returns together, a thing that only a few years ago was not allowed.

Due to this shift in current time, a couple no longer has to worry about what would happen if their partner was to fall suddenly ill and pass away.

Before this law was passed, some couples lost everything, due to the fact that no legal documentation of their relationship could ever be proven.

This is no longer a concern for many gay couples across the United States, who can now sleep well at night knowing that by law, their partner will be protected.

This allowed many business to grow rapidly, event planners, cake decorators and many more have more than profited from this law being over turned.

Even though money is one of the least effected things caused by this law, it is still important to see how such a big change, impacted people who are not even part of the LGBT community.

Sometimes it is easy to forget that we are all in this together and equal rights for all, does benefit the greater good.

To have rights that are now protected under the constitution means that members of the LGBT community, no longer have to feel scared to leave their houses.

Just years ago, people who are in same-sex relationships felt so afraid of outside public opinion and discrimination that they felt terrified to leave their houses due to the lack of protection from which they received from the law.

Due to this change, members of this community are now completely protected under the governments natural born rights to all American’s.

This country has evolved at a fast pace, maybe not fast enough for some, but to others; this is a gigantic milestone.

This ruling had a massive, ripple effect all across the country.

On June 26, 2015; the whole USA, could fall asleep for the first time since the independence of our country, knowing that every American is finally equal.